This search form uses an instant search feature. As you type, search results will appear automatically below the search field. When you've entered you desired search terms use tab to navigate through the available results and hit enter to open the selected page or document.
After Prom
Ashley Villagran
Tuesday, April 30, 2019

When prom was over, students were allowed to leave and change clothes for After Prom. After prom was at the high school from 12:00 a.m. to 3:30 a.m.

At the high school, they had food for the students. In the gym they had an inflatable obstacle course and students were able to play basketball. They also had a money machine in the gym where seniors could win money. They had a series of games that students could play and win prizes. Some of the prizes were a TV, coolers, coffee machine, markers, and money.

Derek Mesa said, “After Prom was so much fun, me friends and I played the most intense game of ping pong for like an hour that had us all dying of laughter.”

Violet Martinez said, “I had fun at After Prom and liked all the prizes I won. My favorite part was racing Jaden in the inflatable obstacle course.”

Teryn Teeter said, “I thought After Prom was just okay. My favorite part was being around all my friends and making memories.” 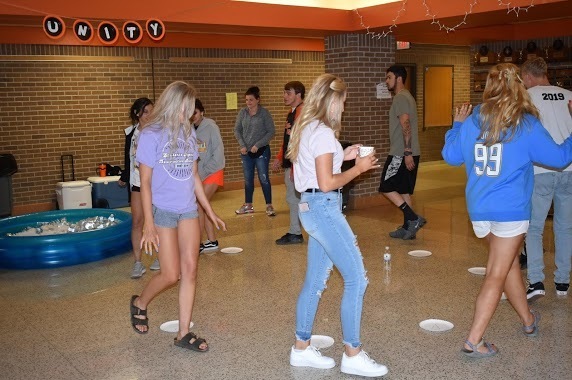